A Letter to My Siblings: What to Do When Nothing Will Ever Be the Same 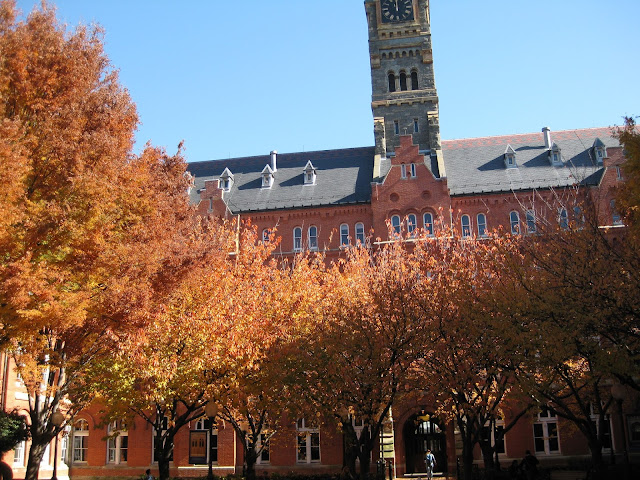 I know your hearts are tender right now. Though I've never had to send a child off to school, I know the feeling that comes with seismic life shifts. That ache that sits with you as you wonder how you're going to sleep at night amidst all the memories and worries. I felt it when I broke up with my first serious boyfriend. I felt it when I got laid off from my first job out of college. And again when one of the key players in my close-knit group of friends moved back to Texas. I felt it when I moved to a completely new city 3 years ago and knew almost no one.

It's heavy and suffocating.

But the crazy thing is—that same feeling that Nothing Will Ever Be the Same—also showed up when I traveled to Europe for the very first time. And when I accepted my favorite job at Yahoo. And when I said my wedding vows.

Do you remember other times you've felt it too?

If I were to guess, I'd say you felt the weighty pang when those beautiful girls you're sending to college were first born.

And all this goes to show that nothing—good, bad, painful, joyful, familiar, uncomfortable—is ever the same. Everything is always changing, all the time. Even when the people we love stay right under the same roof with us.

Relationship evolve. New faces come in and out of our lives. Jobs shift. Personalities mature. Always, nothing is ever the same.

The truth is, you've been doing this change dance forever. You're an expert at it. You just might not realize it.

And the coolest thing is that the lack of sameness opens up a great big wide space for new things to enter. Who can you be and what can you do with that new open space? How will you fill it? What things have you been putting off for 4 years—or 18 years—that you might now have an opportunity to try? And furthermore, how might this massive shift lead to an even more incredible relationship with your kids as they grow into the fully formed adult humans they were always meant to be? What wondrous new ways are they going to add to your life that you can't even fathom right now?

This is all part of the process. On some level, this is what you always hoped for them—that they would do well in school and get into good colleges and embark on adventures that would lead them down paths of success and fulfillment. You've done such an amazing job. Congratulations to you.

Oh, but the hurt.

Yep, I haven't forgotten about that.

If it isn't enough to know that this change is all for the good of your kids—and you—then I have to ask you to treat yourself like a metamorphosizing caterpillar.

See, when a caterpillar is going to become a butterfly, it doesn't really realize what's happening. Instinct tells it a change is coming, so it tucks itself into a safe, cozy cocoon to protect against the impact of the transformation. Now, not everyone knows this, but caterpillars actually liquify inside their cocoons. I know, gross. Their cells literally begin recoding and reimagining themselves into something completely new. And while their little bodies eventually dream and scheme into winged creatures, the battle isn't over yet—they then have to struggle and struggle to break free from the cocoons. It's not until they can pull themselves out by their little butterfly bootstraps that they're able to be carefree and fly off into the sunset.

Parents, you are the caterpillars right now.

You've spun your pods and your getting ready to reimagine yourselves into something new. But right now, while the sadness is so intense, just curl up on the couch and cocoon yourself in while everything goes to liquid. Get comfy. Treat yourself with compassion. Maybe eat some ice cream and cuddle with the dog or cat.

And soon enough, you'll be feeling so strong you'll want to wrestle out of your cocoon and go test out those fancy new wings. It wouldn't surprise me if flying nearby are those beautiful Monarchs you sent off to college.

And 4 years from now, (which will go by faster than you think) it wouldn't surprise me one bit if your lovely little insects land on your doorsteps again to stay awhile.

Posted by Melissa Maris at 9:57 PM