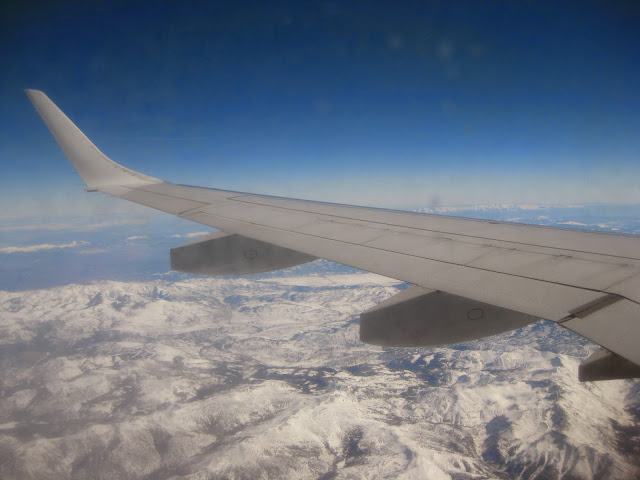 My husband and I had plans to fly from LA to Tampa last weekend when an ice storm decided to hit Dallas, forcing our airline to cancel our flights and bump us to another carrier.

We were so thankful that there were two spots left for us, but were disappointed when we discovered they were across the aisle from each other, each located in the middle seat. I was certain that some kind soul would be willing to trade seats so we could sit next to one another.

But when we got to row 18 and I brightly asked, "Would anyone be willing to switch with us so my husband and I could sit together?" two of the four men in question wouldn't meet my eyes and the others just sort of shook their heads like they were turning down a door-to-door salesperson.

I hunkered into my seat with a million rude comments zinging through my head. "This wouldn't have happened in a row full of women." "I hope if you and your wife ever find yourselves in a similar predicament, someone is kind enough to move for you." "Oh, and a Merry Christmas to you too!"

I knew the way out of the frustration was to coach myself; to focus on how grateful I was to even be sitting on that plane. But my anger was burning hotter than my coaching resolve.

I purposely took up more space on the armrest just to spite one of my neighbors. I ignored the other's attempts to make conversation. I was so mad but at the same time wishing something would snap me out of my funk.

And then I started reading an article by Ann Lamott in the November issue of O Magazine. The title was "I am really ticked off. Do I have to be forgiving?" Here's an excerpt:


"This is what Hell feels like: to be obsessed with a generally awful person who isn't even aware of the turmoil he or she is causing. Heaven is to have forgiven—or to have forgiven-ish, the best you can, for now. When your heart is even slightly softer toward that person and you are less clenched and aggrieved, you've been touched by grace.

Grace is spiritual WD-40. It eases our way out of grippy, self-righteous stuckness."

That thing we think is for other people but is really a savior to our own sanity.

I felt my racing pulse start to slow. I almost laughed out loud at the Universe for sending me the exact message I needed at that moment. Not only did it have impact on me during my plane ride, it was a powerful reminder of how to handle sticky holiday situations—which can be rife with grudgey opportunities.

Wherever you're holding anger right now, see if you can let some of it go by focusing on the power of forgiveness. I guarantee it'll make you feel a little better. Like a stocking stuffed with tickets for primo seats on your favorite airline.
Posted by Melissa Maris at 11:05 PM