Why Rejection Is a Blessing in Disguise 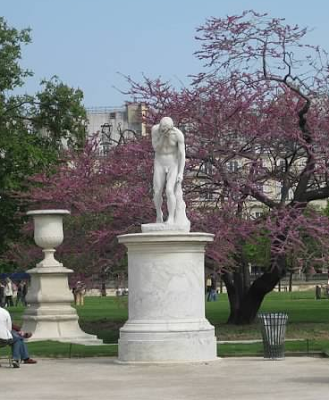 Rejected AND naked. Oh, the humanity.

Putting yourself out there is always scary—whether it's for a job or a relationship or an artistic endeavor. It's never easy knowing your "fate" is in someone else's hands.

As someone who has been dumped and turned down for jobs more than once, I know the feeling of rejection quite well. And although many of those situations left me heartbroken and forlorn, I've actually come to embrace rejection.

Rejection is one of the greatest warning signs that the other party involved isn't the right fit for you.

My college boyfriend must have broken up with me (or threatened to do so) at least a half dozen times when we were in our early twenties. Back then, it felt like there was something wrong with me, but the reality was that we just weren't well suited for each other. And that's totally okay.

I have lots of friends who are dating right now, and if there were one bit of magic fairydust thinking I could sprinkle on their brains, it would be to make peace with rejection.

If someone rejects you, something is wrong. It's either the wrong person or situation, the wrong time, or maybe it's a signal that you're doing yourself wrong in some way.

Sometimes it's all of the above.

If you're nodding your head yes, I challenge you to reject your own thinking. Don't give yourself over to someone or something that doesn't recognize your value. You deserve the happiness that comes with finding the right fit. And it's worth weeding through some bad matches and withstanding some cold shoulders to get there.

In the end, it's worth waiting for the one who is "all in." So don't give up.