January 2006: Visual Roadmaps and the Importance of Red Flags 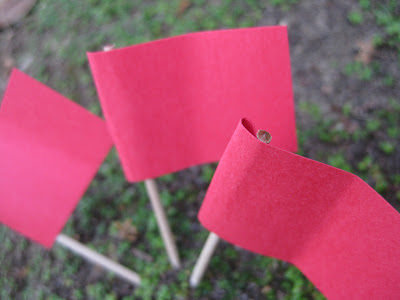 A friend of mine had started investigating the Law of Attraction and, knowing that I was a fan of all things manifesty, suggested that in addition to my List I should try making a "man collage" as part of my effort to find the right guy. Always up for a night of crafting (wine and Sex and the City included), I took the idea and ran with it.

I used the Wonderful List I'd made more than a year prior to guide me as I scoured magazines looking for images that epitomized my Mr. Wonderful. Thankfully, the List was still totally accurate, so it provided the perfect foundation.

My final collage product was a work of art. When I looked at it, I really felt like there had to be a guy out there who matched it.

Certain that I could now find the man who my collage represented, I signed up for online dating (again) a couple months later—just weeks before my 30th birthday.

I was doing pretty well using my List and collage as inspiration. I went out with about ten different guys in two months (including an ex-professional ice skater, a "waterfall hunter" and the Vice Mayor of a neighboring town...no joke). And then I got bamboozled.

I found someone who, on the outside, seemed to match my collage pretty darn well. But inside, he was an arsenal of red flags.

Never ignore the red flags. They will always come back to bite you.

Thanks to Mr. Redflags, my next lesson from the Universe was all about trusting intuition and recognizing that actions speak louder than words.
Posted by Melissa Maris at 4:13 PM