July 2005: The Anatomy of Settling in Relationships 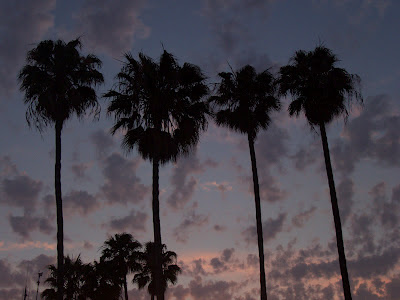 Although I was blissfully happy at my job, I was still struggling in my love life.

I'd signed up for online dating in an effort to expand my horizons, but pulled my profile offline after going out with five different guys who didn't really do it for me. I'd foolishly explored rekindling a relationship with my college boyfriend, ignoring all the traits that I knew didn't match my Wonderful List, and—not surprisingly—that flopped after a few weeks, too.

I had strayed from what I really wanted in a relationship and was letting myself spiral into a "just-want" mentality.

In fact, on a particularly desperate day I found myself saying to my best friend, "I just want to find a hot guy for the summer."

And like it always does, the Universe said: DONE.

I met my fling through my best friend's husband on a sort of random trip to the beach, wherein The Fling was recovering from knee surgery and my friend's husband was trying to be nice and get him out of the house. The Fling was a coworker who was living in LA until September, then moving to New York City to begin working in the company's east coast office. At first when he asked me out, I used his move as an excuse to try to turn him down, but he assured me he'd be visiting often and that I should really give him a chance.

His persistence, coupled with his big white teeth and dreamy, wavy brown hair, did me in.

I caved and agreed to a date.

My friend had warned me that The Fling was known as being a heart-breaker. He was also younger than me and didn't actually own a set of dishes. He was very offended when I teased him for serving me wine in a coffee mug. But he was the incarnate of what I had asked for: Just a hot guy for the summer.

My JUST was like a big fat roadblock that was preventing me from actually moving forward to what I DID want: A sustaining, wonderful love with a well-rounded man who also happened to be hot and brilliant and myriad other things.

Instead, I settled for Flingy McWavyhair who was not only NOT my List Man, but also leaving my side of the country—which was totally counter to what I was really looking for. Of course, when he did what hot young summer lovers do and told me he couldn't handle the long-distance thing, I was completely broken-hearted.

I had to learn the hard way:
1. Don't go asking the Universe for something unless you explicitly want that exact thing.

2. If you settle for something less than what you actually want, there's a good change it'll end in frustration and/or heartbreak.

Unfortunately, it took me a few more tries to actually retain and benefit from the knowledge these lessons imparted, but eventually it all sunk in.

And thankfully, so did genuine happiness.
Posted by Melissa Maris at 3:56 PM